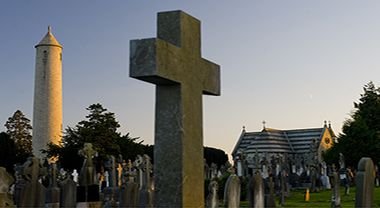 To give you a sense of the enormity of Glasnevin Cemetery, there are more Dubliner's buried in the graveyard than currently walking around Dublin! Since 1832, more than one and a half million people have been buried in Glasnevin, a hauntingly gorgeous Victorian Garden cemetery situated just 2.5km from Dublin City. The cemetery covers 124 acres, and is the final resting place for many of Ireland's leading figures. You will find the largest collection of Celtic crosses in the world at Glasnevin Cemetery, and the award-winning interactive Museum exhibits including "The City of the Dead" and numerous photographs from the cemetery's history. 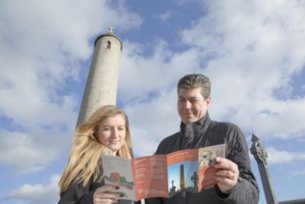 The best way to explore the cemetery is by guided tour. With passionate and knowledgeable guides, you will hear the history of the cemetery, and the people who are interred there. With a careful balance of being informative, sensitive, and fun, your guide will show you significant areas of the cemetery, as well as recollecting some of the most significant events in Ireland history. This tour gives an overview of the history of Glasnevin Cemetery and visits the graves of Ireland’s heroes – including Daniel O’Connell, Michael Collins, Roger Casement, Charles Stewart Parnell and Countess Markievicz. Hear stories of the rogues and the rebels, the famous and the infamous, the gravediggers and the grave robbers. 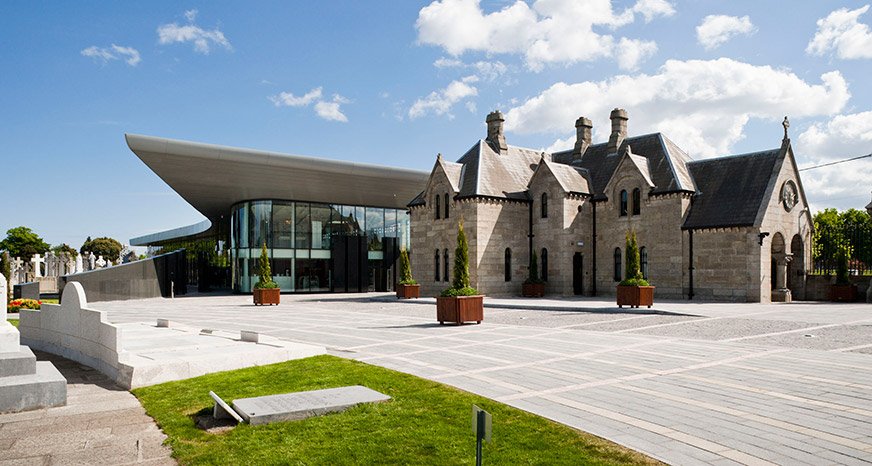 Hear the stories of the lesser known personalities, but equally interesting people buried at Glasnevin. You will hear interest stories of many people, including the story of Maria Higgins, a lady who died once but was buried twice, and Francis de Groot, who opened the Sydney Harbour Bridge (by accident). You will learn about the sculpture, symbolism, architecture, art, sporting heroes, natural life and much more. 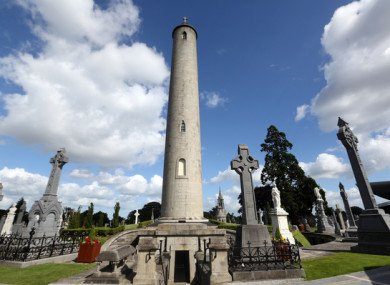 One of the most iconic round towers in Ireland, there are 198 steps to breath-taking panoramic views of Dublin. Opened in 2018 after a long restoration, the tower can now be explored despite being destroyed by a bomb in 1971. It is Ireland’s tallest round tower and stands at 180 feet. Built in 1854, it is the tombstone of the great liberator, Daniel O’Connell, who lies in an ornately decorated family crypt at the base of the tower.

Glasnevin Cemetery and some exhibitions can be explore virtually here. You can enjoy some more virtual tours of Dublin attractions by checking out DoDublin's Guide to Virtual Attractions.

Glasnevin Cemetery is located close the the stunning National Botanic Gardens - it's a must to visit when you are in the area!

Getting to Glasnevin Cemetery & Museum

Glasnevin Cemetery Museum is located on the Finglas Road, Dublin 11, approximately 2.5km from the City Centre.