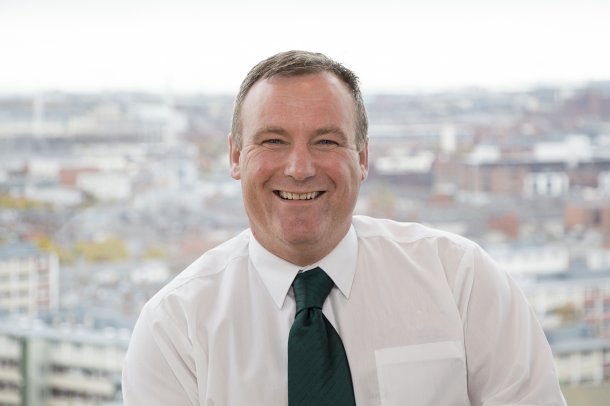 What tripadvisor are saying about Bill:
"Brilliant way to see Dublin!"
We bought our 24 hour ticket from the Little Museum of Dublin which gave us free entry to the Little Museum and we could also have availed of a free walking tour (included in the ticket purchase). We hopped on the bus across the road from the Little Museum and took the tour with live commentary from Bill our driver. Bill was absolutely fabulous - he was hilariously funny and he really added so much to our tour. There was great information given on the tour and this really is a fabulous way of seeing the sights of Dublin. Having done red bus city tours in other countries we wanted to try a different company and I would definitely recommend this more personal tour instead of putting in headphones and just listening to a pre-recording.

What a hoot! Bill not only provided a knowledgeable tour of Dublin, he also gave us comedy relief. I was thoroughly entertained and learned quite a bit about Dublin and its history in the bargain. Ask for Bill’s tour, you won’t regret it.

"Hop on off tour Dublin"

Excellent bus tour. Highly recommend Bill, possibly the best driver we have ever had. Very funny! He gave good information in a light hearted way.

Did this on 6th Jan. Best 10 euro value ever. Bill the driver gave unending funny narrative, a born comic. Often giving mildly sarcastic, but hilarious comments on sights on the tour. If you can, get Bill!

Say hello to Bill on: