Film Locations On The Glendalough and Powerscourt Tour

The East coast of Ireland offers a landscape so stunning it boasts the reputation as one of the most scenic regions of the country. Known as Ireland's Ancient East, it is a region of legends and stories, from ancient times to modern day – it is a place bursting with culture, world-class attractions, historic festivals and heaps of fun.

So it’s really no wonder that the gorgeous route we take on our Glendalough & Powerscourt Gardens Tour has provided the backdrop for many films and TV shows over the years. From the Monastic city of Glendalough to the Georgian beauty of Powerscourt House, Ireland’s East coast can really bring a scene to life.

Here are some of our favourite films and TV shows that capture the sheer beauty of our country’s stunning eastern coastline in all its glory.

It’s slightly ironic that that the film depicting William Wallace and his struggle for Scottish Independence relied on the beautiful scenery of Ireland for many of its shots. Wallace’s escape on horseback was filmed at Blessington Lakes, where a 45-foot tower was specially constructed for the leap into the water (and, don’t worry, that’s a mechanical horse). Covering 5,000 acres, the lakes were formed in the 1940s by the building of the Poulaphouca Dam (meaning ‘The Ghost’s Hole’ in Irish) to provide electricity and water for the Dublin region. If you're visiting, the lakes also offer opportunities for fishing, sailing, windsurfing and canoeing.

If you’ve watched the romantic comedy PS I Love You you’ll already be familiar with the film locations used among the stunning scenery of County Wicklow . A guy and a girl (Gerard Butler, Hillary Swank) stroll along a quiet road through the rolling moorland of the Wicklow Mountains in Ireland, stained with purple heather with a stream flowing under the stone bridge steeped in history. Later their eyes meet over a pint of Guinness in a traditional Irish pub, among the craic and laughter as he sings her a rousing version of Galway Girl and sweeps her off her feet.

Although Leap Year was filmed all over Ireland, some of the most memorable scenes were filmed in Glendalough and Enniskerry. Glendalough is one of the most visited tourist attractions in Ireland and is easy to reach with DoDublin's Glendalough and Powerscourt Tour. The upper lake at Glendalough features in the wedding scene in the film. The area is a great day out and has a variety of walks and hiking trails to try out. The post wedding scene was shot in nearby Enniskerry a small but picture postcard village in the foothills of the Wicklow Mountains with proximity to Powerscourt Gardens and Waterfall.

Ella Enchanted is a film well loved by both kids and adults. Based on Gail Carson Levine’s award winning novel, this is the story of Ella, a young woman who was given a “gift” of obedience by a fairy named Lucinda. Anything anyone tells her to do, she must obey! When her mother passes away, Ella is cared for by her thoughtless and greedy father, who remarries a loathsome woman with two treacherous daughters. This modern-day fantasy Cinderella features fairies, ogres and elves and much excitement as Ella journeys through life, waiting for her “curse” to be broken. Powerscourt House and Gardens were used extensively for the indoor castle and royal court scenes due to their Georgian elegance.

The seriously addictive TV show based on the life Ragnar Lothbrok: the greatest hero of his age. The series tells the saga of Ragnar's band of Viking brothers and his family as he rises to become King of the Viking tribes. As well as being a fearless warrior, Ragnar embodies the Norse traditions of devotion to the gods: legend has it that he was a direct descendant of Odin, the god of war and warriors. Vikings is filmed almost exclusively in Ireland and many of the most iconic scenes in the show were filmed in the valleys and lakes of Glendalough.

It might surprise you that a film based around a summer in Lake Geneva was filmed in Powerscourt in County Wicklow Ireland. However the gorgeous backdrop of Powerscourt House are extremely fitting for this Gothic drama. The house was originally a 13th century castle owned by the Viscount of Powerscourt. Mary Shelley follows the relationship between the titular character and the poet Percy Bysshe Shelley and how their courtship lead to the creation of the first sci fi novel: Frankenstein. The film itself boasts a star-studded cast, namely Elle Fanning, Maisie Williams, Bel Powley and Douglas Booth. 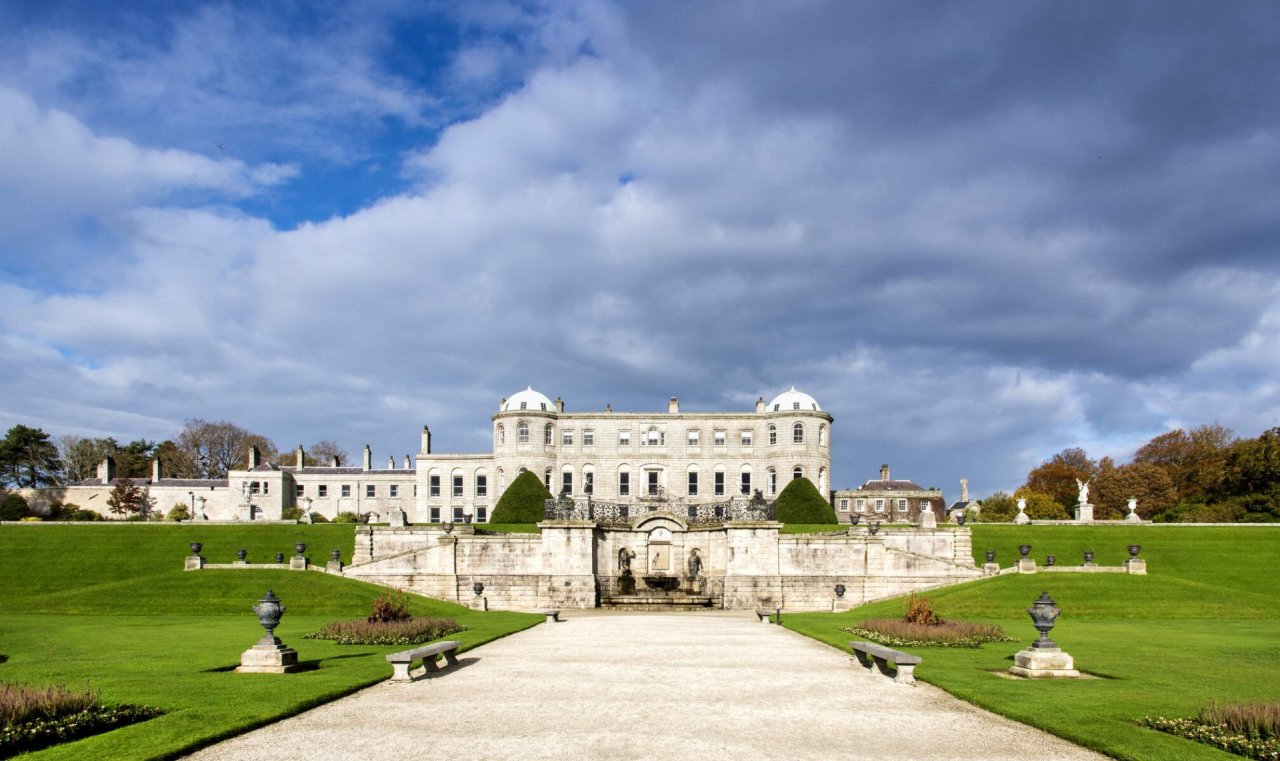 Take the Glendalough and Powerscourt bus tour from Dublin City to check out all the movie and TV filming locations mentioned in this article.