The Chester Beatty is a museum located within the grounds of Dublin Castle. It is named after a famous American engineer and industrialist (of Irish lineage) Sir Alfred Chester Beatty (1875-1968) who was a collector of manuscripts, books and objets d’art from Asia, Africa and the Middle East.

The museum was described by Lonely Planet as “not just the best museum in Ireland but one of the best in Europe”. It was awarded European Museum of the Year in 2002.

The Gallery is free to enter and there is a lovely gift shop and coffee shop on the premises. You can also take a fantastic virtual tour

“We stumbled upon this museum when we went to see the Dublin Castle and were so impressed! What a fantastic collection of ancient literature! Quite frankly, it was so much more impressive than the Book of Kells at Trinity College.”

“An exceptional collection of Middle and Far East objects of religious art that we haven’t seen in any other museum in Europe, finely put together with an eloquent and highly interesting accompanying descriptions. We were stunned to see the oldest discovered manuscripts of St Paul’s Letters and other ancient Biblical texts dating back to C 3rd AD! For such a place to have a free admission is just a dream come true!
There is also a very quiet roof terrace, with almost no noise coming in from the city- you almost feel like in a sanctuary. Would recommend to anybody having a free afternoon in the city centre!”

“This hidden gem is a treat for anyone interested in East Asian manuscripts and art collections. The staff were so welcoming and really made our visit. The cafe is excellent for lunch - serving middle eastern cuisine.” 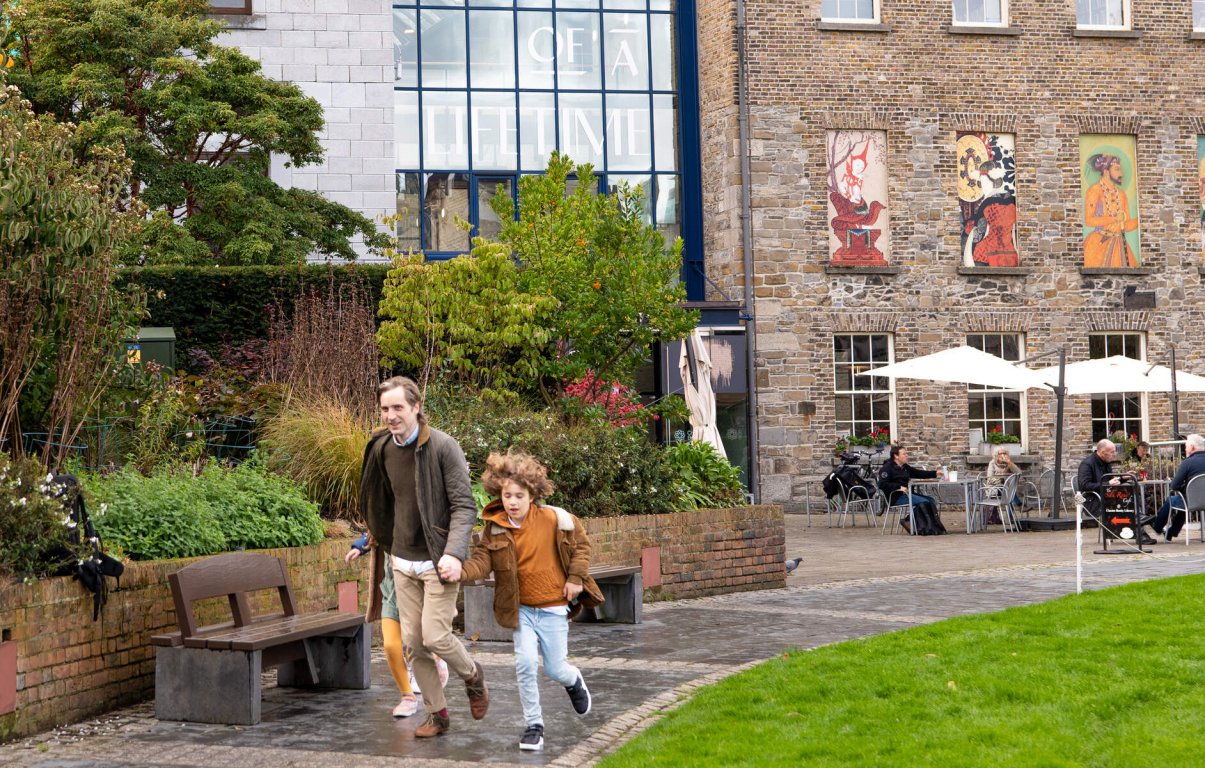 Chester Beatty; The Man behind the Museum

If you visit the gallery you’ll also get the chance to learn about the man himself and see a documentary about his amazing life. Chester Beatty made his fortune from mining, and in particular from mining in the “copper belt” of Zambia and the Belgian Congo, which earned him the nickname the “King of Copper”. Having lost his first wife at an early age Beatty remarried and his new wife; Edith Dunn, shared his passion for collecting. For several decades after the 1920’s Beatty and Dunn travelled the world collecting the items that would one day be housed at the Chester Beatty Museum at Dublin Castle. By 1950 Beatty had become a British citizen was knighted for contributions he made to the allies during WWII.

Chester Beatty was famous for his philanthropy. He moved to Ireland in 1950 having become disillusioned with British politics and he opened up a Library to display his collection in Shrewsbury Road, in an affluent suburb of Dublin. He lived out the rest of his live between Ireland and the south of France and when he died in 1968 he left the library collection on trust to the people of Ireland. The Library was relocated to the Clock Tower building to the rear of Dublin Castle in the year 2000.

Chester Beatty was made a Freeman of Dublin in 1954 and was awarded honorary Irish citizenship in 1957. He is buried in the famous Dublin cemetery at Glasnevin. 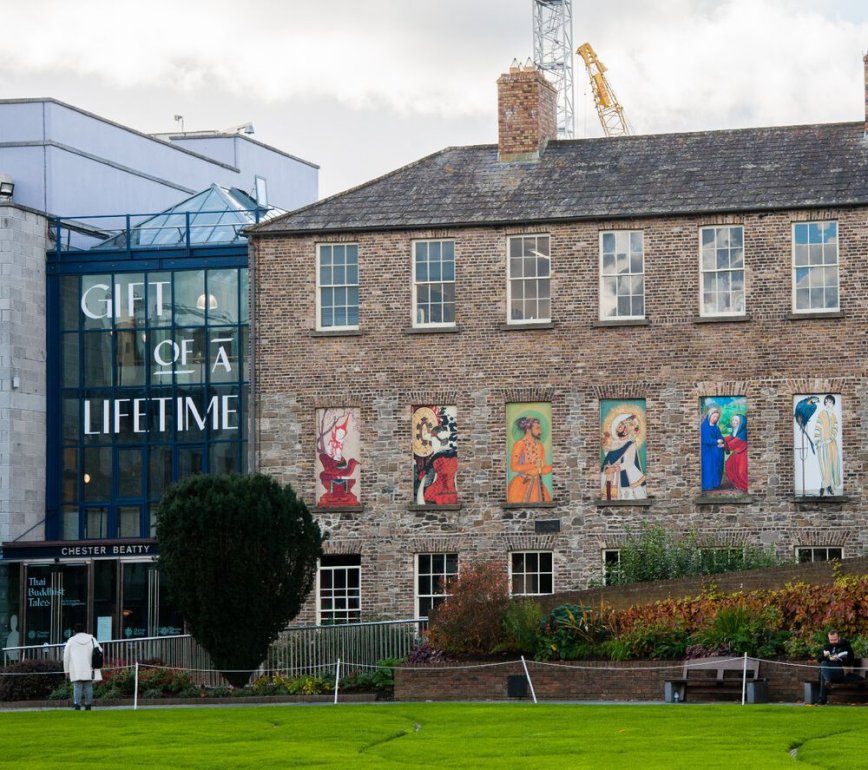 Getting to the Chester Beatty Library

The Chester Beatty Library is located in the heart of Dublin city centre, within the grounds of Dublin Castle. If you are taking the hop on hop off tour you can jump off directly outside at the Dublin Castle stop, otherwise it is a short walk from O’Connell Street or Grafton Street.

The Museum is located to the rear of Dublin Castle, and can be accessed through the main gates off Dame Street or by the rear entrance down the steps from Castle Street

If you enter the grounds of Dublin Castle via the main gate on Dame Street (just opposite the Olympia Theatre) then you can reach the Chester Beatty museum by continuing to walk straight down until you reach the end of the road and then turn right. The museum is then on your left hand side as you walk down. You will see the landscaped gardens in front of it and the glazed entrance lobby.

If you enter Dublin Castle by the back entrance, having descended the steps from Castle Street, then you simply turn left to enter the grounds of Dublin Castle, walk until you see the Garda Siochána Memorial Gardens and then turn right.

Dublin Bus has many routes passing by the museum Check dublinbus.ie for details.

Save those pennies and check out some other great / free attractions in Dublin like the National Gallery of Ireland and the National Museum of Ireland.