Book your Guinness Tour ticket now and explore Dublin's top attraction. A visit to the Storehouse is one the highlights of any trip to Dublin. Located at St. James’s Gate with suberb views of Dublin City, you will learn the history of Guinness, and discover how it has grown to become one of the world's most well-known brands. 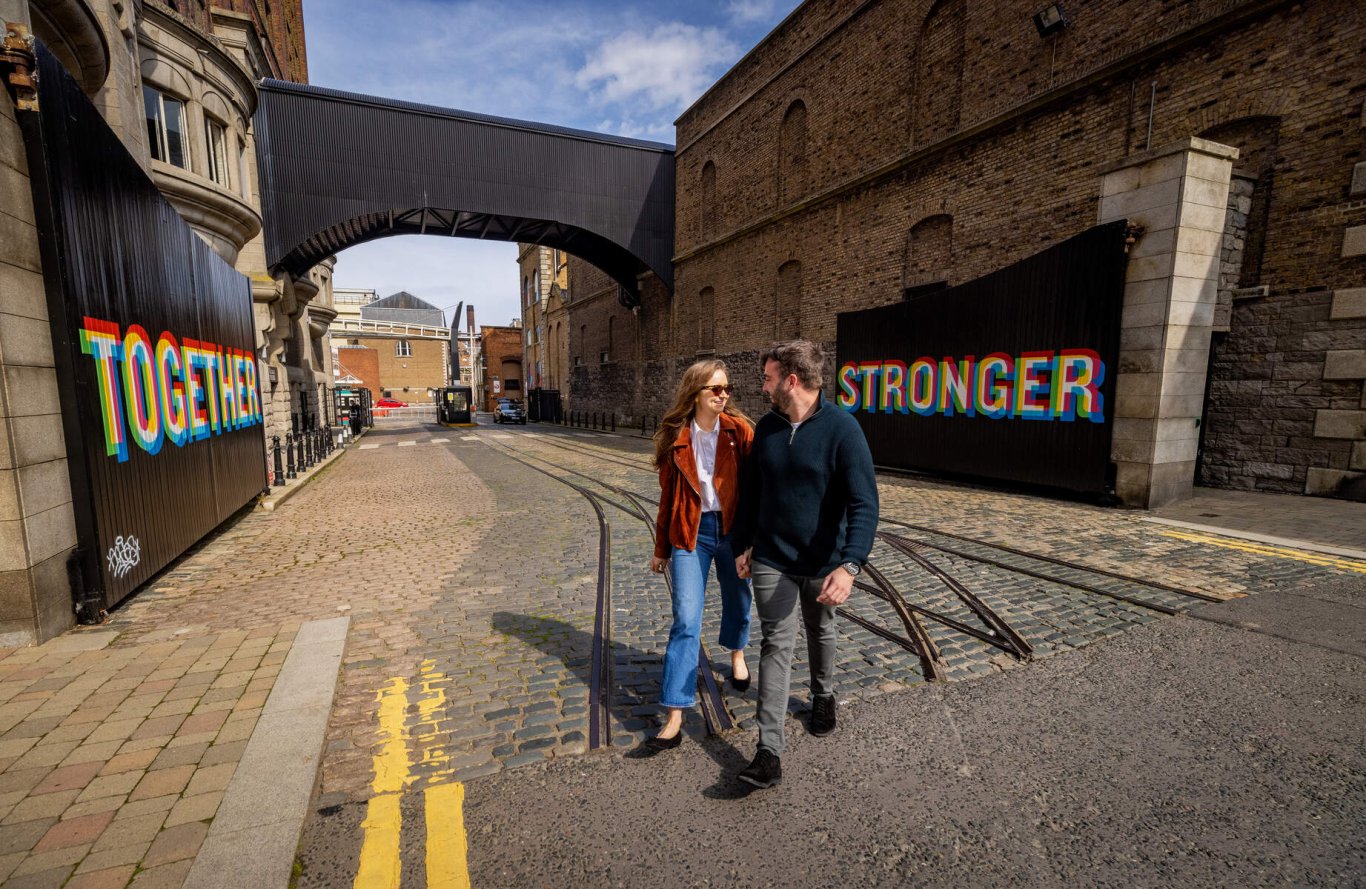 History of the Guinness Factory

The most famous and most visited attraction in Dublin is the home of Guinness at Saint James's Gate. Founded by Arthur Guinness from Celbridge, County Kildare the porter has grown rapidly from its humble beginnings to a world renowned trademark. Guinness are just over 250 years into a 9000 year lease of the property signed on December 31st 1759. The Guinness Storehouse where the visitor centre is situated was formerly the brewery’s Hop Store but was opened as a museum into the history of the black stuff on the December 2nd 2000.

Arthur Guinness was born in 1725. In 1752 he began brewing ales at a brewery he established in Leixlip, County Kildare after he inherited £100 from his Godfather. Arthur Guinness though was a courageous man and decided to try his hand at opening up a brewery in the country’s capital, Dublin. After signing the famous 9000 year lease in 1759 Guinness began brewing his first ales from the Saint James’s Gate Brewery. After ten years of success in Ireland Guinness tried their hand at the UK. A successful shipment in 1769 put the company on the map in a global capacity.

In 1759 the famous Guinness porter we all know and love today is born. A London brewer accidently burnt his hops while brewing but instead of throwing out the bad batch he sold it to London's porters who really took to the beverage. Due to its growing popularity once it had reached Dublin, Arthur Guinness decided to stop brewing ales and begin brewing porter instead. In 1803 Arthur Guinness II took over the brewery following his father’s death. Due to dangerous conditions at sea, many companies were happy with their domestic sales and not exporting further afield but not Guinness who by 1858 were already exporting their beers to as far away as New Zealand.

Guinness decided a logo for their ever growing empire was needed and in 1862 their famous logo was born. It consists of three things; the signature of Arthur Guinness, the companies name and of course the famous harp. On many glasses today you may not see the signature of the famous brewer but keep and eye out for it.

In 1929 Guinness’ first advertisement is placed in the press which beings the new era of famous Guinness advertising. Since its foundation in 1759 Guinness has grown into one of the world’s most famous companies. The brand have created a name so strong for themselves that they are immediately one of the first things you think of when you hear the name Ireland. In 258 years Guinness have grown from strength to strength and we’re sure it will continue for many years to come.