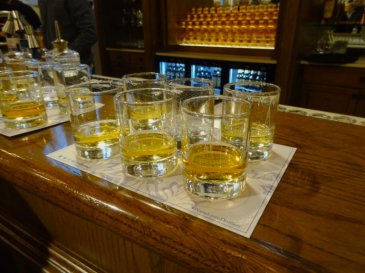 Pearse Lyons's classic "Legacy Tour & Tasting" includes a full tour of the premises and the whiskey distilling process along with 5 whiskey samplings.

Pearse Lyons's classic "Trilogy Tour & Tasting Experience" includes a full tour of the distillery and the whiskey distilling process along with 4 whiskey samplings.

Pearse Lyons Whiskey Distillery is something of a hidden gem in Dublin’s, but this is only because it relatively new, having only opened its doors for the first time in 2016. The distillery was named after it’s founder, Pearse Lyons, one of the most successful businessmen and entrepreneurs to ever come out of Ireland.

History of the Distillery

Pearse Lyons’s background was in brewing and he was aware of the proud history of whiskey distilling in the Liberties area of Dublin and so he decided to create a new distillery in an old disused church on James’s Street, just up the road from the Guinness brewery. Pearse Lyon’s grandfather had associations with the area and was in fact buried in the graveyard behind St. James’s church which made the location even more special

The old church building was tastefully and carefully restored and the interior lavishly designed and fitted out to create a very impressive facility, which would produce Irish whiskey for sale around the world, but which would also be a visitor attraction to showcase the process of distilling Irish whiskey.

Where to find Pearse Lyons Distillery